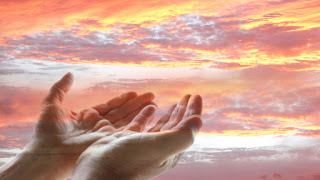 Day 41 April 12 Passage: Isaiah 55:6-13 Just how trustworthy are the words that God speaks? Are His promises as true as the purity of gold? The Creator-God has answered these questions Himself. “The rain and the snow come down from heaven, and do not return to it without watering the earth and making it bud and flourish, so that it yields seed for the sower and bread for the eater” (verse 10). As the LORD had designed this world that is capable of sustaining life, we can also learn much from it by observing its natural wonders. Since God governs the order in nature by means of His spoken words, the rain or snow shall surely accomplish their divinely ordained purpose. These elements in nature strongly testify to the trustworthiness of the words that the LORD has spoken. When the LORD keeps silent, the world will still continue to revolve but its motion would then be aimless and non-meaningful. However, the moment the LORD utters, “Let there be…” whatever things that ar
Post a comment
Read more 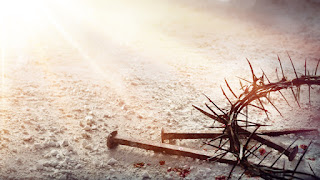 Day 40 April 11 Passage: Isaiah 55:1-5 In the most glorious days of David – a great ruler and commander of many victorious battles, smaller surrounding nations have willingly conceded defeat to join his empire. However, as generations pass, the descendants of David’s empire have become exiled refugees in Babylon; a far cry from David’s ability to summon nations to come to him (verse 5) during his time. Any thoughts of returning to Jerusalem might be futile, considering that at best, they lose their chance of settling-in and assimilating into a new culture, but at worst, they may incur the wrath of the Babylonian rulers and put what’s left of the nation in danger. In terms of resource management, it is only logical that a person allocates his resources in preparation for a better future. Hence, it certainly seemed more pragmatic to just settle down for the long-term, in this foreign land of Babylon. However, against all odds and amidst their apprehension, God had instead a
Post a comment
Read more 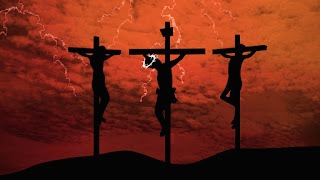 Day 39   April 10 Passage ： Isaiah 54 ： 11-17 The theme of restoration begins to emerge starting from chapter 54. Let us remember when we mention restoration, there is actually a historical context of Israel. And talking about restoration, it is impossible not to leave the shame issue aside. The act of restoration is actually to vindicate the name of the Lord, as Israel has blemished the name of the Lord before the nations. But now God is coming to correct all these. We also need to understand that shame is actually a gift of God, for what comes forth will be restoration, compassion, commitment and forgiveness, to be brought in by God himself. And it is indeed the grace of God to enable people to admit their own sins or mistakes, and it is through such acknowledgement of wrongdoings that people will be open to receive renewal. God will enable His people to realize how vast is such grace, they will realise that despite their lack of faith, God did not totally abandon them.
Post a comment
Read more 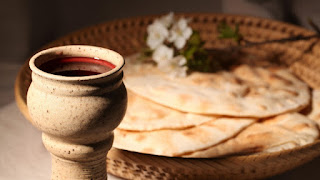 Day 38 April 09 Passage ： Isaiah 54:1-10 Isaiah 54 depicted Jerusalem as a barren woman who was desolate. In a patriarchal culture, a barren woman who was unable to produce an offspring for her husband was a shame both to herself and to her clan (verse 4). She had no standing in the community, and hence being barren was often a source of shame and worry to the female. However in verses 4 – 8, Jerusalem was consoled and told not to worry that such shame would persist for long. The shame of being desolate resembled widowhood, as if her husband had left her for a few decades and she lived without support from her clan. The shame resembled being abandoned by the entire community and it was long hurting. How on earth could a childless woman ever dream of having a large household? The answer is “impossible”, yet this impossibility highlights the significance of the vision in today’s passage. Israel was reminded that their ancestor Sarah was an old lady beyond child-bearing age, yet
Post a comment
Read more 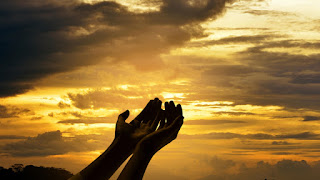 Day 37 April 08 Passage ： Isaiah 53:4-12 Servant of God (II) When the Servant of God met with many troubles, the onlookers thought he deserved them. But when the truth was revealed, they discovered he was innocent. He willingly suffered all of them for their sakes. Note: It is “for them”, not “instead of them”, since we know that the audience of the prophet were also in suffering. But the Servant suffered alongside them though he was innocent. The punishment they deserved for their sins were laden on him as well. In executing his prophetic ministry, he had to endure further pain from misunderstanding and false accusations. It was for the purpose of completing God’s will, but he was beaten for it. Throughout the process of mockery and being despised, the Servant accepted willingly. He did not cry out in grief nor cry foul, nor resist, nor retaliate. He bore all that till his death. Hence, when this man was proven innocent, the realization of the crowds was alarming. What h
Post a comment
Read more 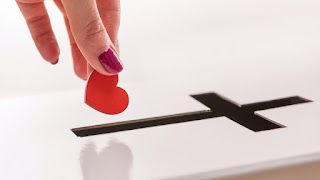 Day 36 April 07 Passage: Isaiah 52:13-53:3 Servant of God (I) Who is the Servant of God? Is it Israel? Is it one of the Prophets? Both are possibilities. But what is important is not focusing on a particular subject, but in expressing the inspired effects from what happened to such a servant. And because of such effects, when it came to the New Testament times, such a theological understanding can also point towards Jesus, as well as the Church (see 1 Peter 2:21-22). This effect is that the Servant was able to fulfill God’s entrusted mission according to God’s way and insight. The Servant’s mission was to reconcile men to God. Not only did the Servant accomplish this, the effects startled many nations. He was like a priest of the nations, spattering them with blood and cleansing them. They used to ignore God. But upon seeing how God’s Servant was exalted, they were silenced (see Psalm 2). This is a heart-rendering story that is beyond imagination. So the story went viral, and
Post a comment
Read more 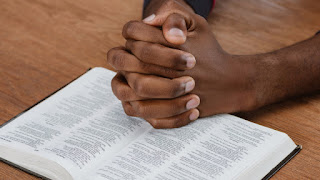 Day 35 April   06 Passage: Isaiah 52:7-12 God’s people might be longing for a Davidic king, but more so their true ideal would be for God himself to reign. So if anyone were to announce this good news to them, though the messenger’s feet might be caked in mud, the receivers would see them as lovely. Because the message was “God is king”. Such occasions always imply the deliverance and restoration of God’s people. But is not God always reigning? How can any matter escape his control? How would such an announcement be “good news”? But from Israel’s perspective, God’s reign should imply his orders are completed and his wishes fulfilled. So when the world is in disorder, when evil runs rampant, God seems not to reign. Other times, God reigns but in the mode of punishing them, so that would not be “good news”. Therefore, if God in goodwill reigns to save them, that is good news indeed. Reigning should not mean the ceremonial title of kingship. Only when the directives and poli
Post a comment
Read more
More posts